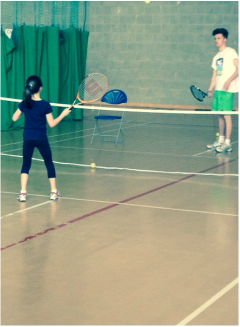 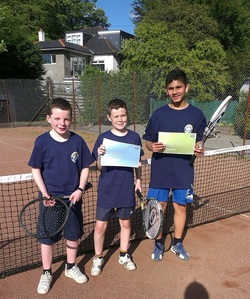 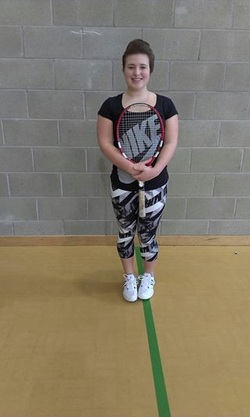 Pamela is taking the adult beginners and adult improvers on a Friday evening
She is also assisting with Mini Red sessions on a Sunday afternoon, and proving popular with mini/junior individuals. 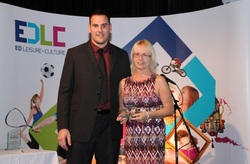 2013 saw Club Coach Allwyn Crawford (pictured left) for 2nd year running named Disability Coach of the Year. She received the accolade at the 2013 Coach and Volunteer Awards at Kilmardinny Arts Centre. The awards were held by East Dunbartonshire Leisure and Culture Trust (EDLCT) in partnership with Sportsland. This award recognizes her work with Campsie View School and Merkland School, where there are follow up sessions at Kirkintilloch Leisure Centre and Bishopbriggs Tennis Club.


Regular competing juniors took a jump in 2013 with 52 regular competiting juniors at the club, which resulted in Tennis Scotland awarding the club £70 for the participation. The club saw new initiatives take place like the coffee mornings for adults on a Wednesday morning, Tots Tennis on a Sunday for under 5's, adult improvers which saw many of our ladies playing in matches for their first time! 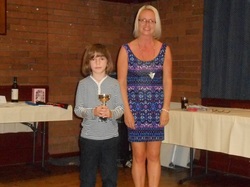 9th November 2013 saw the clubs first Awards Night take place at Allan Glens Rugby Club in Bishopbriggs. Club Coach Allwyn Crawford organized the event which saw over 100 people turn up and also raise money at the same time for club funds.
The coach read out a report for the season, naming club winners in events, updates on teams and generally an update on the clubs progress within the junior programme. Many awards were handed out on the evening, with the Player of the Year Award presented to Luca Barbieri (see opposite)

Awards Night will be repeated in 2014 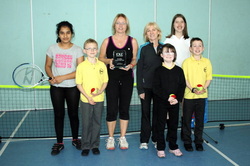 One of her major successes since joining the club has been helping the club to achieve Clubmark status in May 2012.

She introduced a wide varied coaching programme at the club for juniors/seniors which in 2012 had over 80 participants. She is also available for individual coaching / group coaching in addition to the club's organised programme.

Bishopbriggs Tennis Club is active in the local community and through Allwyn's work has developed close links to all primary schools, and 2 Additional Support Needs Schools. We have also taken part in Active Schools Club nights and coached teams within the West of Scotland Schools Competition. In recongition of her work with Merkland and Campsie View Additional Support Needs Schools in 2012 Allwyn was awarded Disability Coach of the Year by East Dunbartonshire Leisure Trust. The above photo shows her receiving her award.

We place a strong emphasis on encouraging and creating opportunities to compete and to this end Allwyn is actively working with players to compete in matches. As a result of this work we had 42 regularly competing juniors in 2012 (juniors who had played a minimum 6 matches) which put the club top of the table for West of Scotland clubs with highest increase of regular competing juniors. The club were awarded 8 dozen tennis balls and 16 junior tennis rackets for this achievement.
Powered by